Long before BC jade became a commercial product in BC’s long list of exports, it had played a principal role in Native and Aboriginal culture and history. The earliest discovery of BC jade’s value was from Chinese railway workers in approximately 1885. These Chinese railway workers found BC jade in the Fraser Valley and smuggled it back to China for resale. In the late period of the Qing Dynasty, BC jade was believed to be exported to China as tribute to the Qing Royalty and became dowager Empress CiXi’ s favourite stone. Later in the 1950s, there was a jade rush in BC, as large jade deposits were found and production of jade sky-rocketed. British Columbia is known to have the richest known concentration of nephrite in the world. Canada started to export nephrite jade to China in 1986; when China opened its doors to foreign trade and investments. It is estimated that since 2008, BC has exported up to 1,200 tonnes of jade to China annually. As BC jade becomes a more dominant player in the jade industry in China, 1,200 tonnes will only amount to half of the annual demand of jade in China. 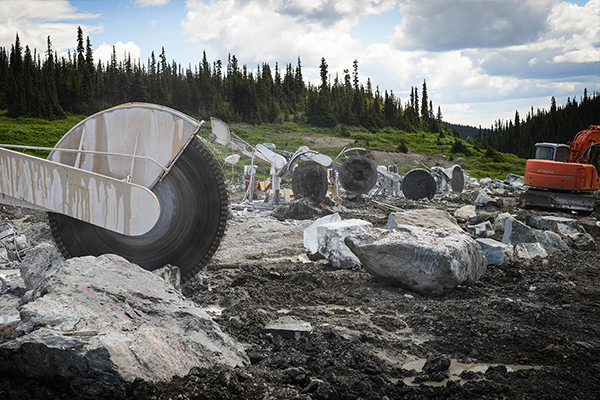 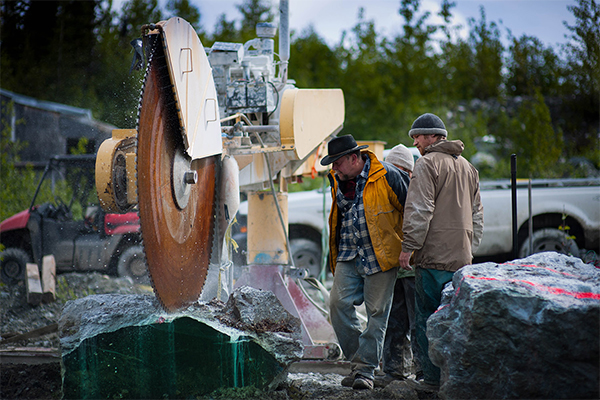 BC jade has been gaining more recognition on the global scale in the last 15 years. Polar Jade™ is known as the most famous and the highest quality nephrite in BC. According to geologist Fred Ward(1998) Polar Jade™ is the “brightest, most translucent, greenest, hardest nephrite yet discovered”. In the year 2000, a large discovery by Kirk Makepeace found a 18-tonne gem-quality boulder named ‘Polar Pride’. This piece was later sold and then carved in Thailand into the Jade Buddha of Universal Peace, which has toured the world and has attracted over 7,500,000 visitors at the time of this writing. Another important event which boosted BC jade’s recognition was China’s use of nephrite jade in the 2008 Olympic medals, officially acknowledging nephrite as the natural jade in China’s culture and history.